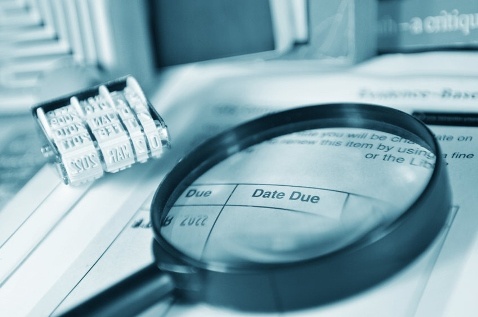 As a service for our patrons, we’re changing the way we handle renewals. Starting February 1st, we’ll be automatically renewing eligible items that have reached their due date. This means you won’t have to lift a finger to have your loan period extended.

There are some exceptions, including materials that have already been renewed the maximum number of times, those that have another patron hold, and high-demand non-renewable items like museum passes.

When you receive your due-date reminder, it will show the items that have been automatically renewed along with the new due date. You will also see which items cannot be renewed and must be returned to the library.

What is Automatic Renewal?

This is a feature which renews eligible items that are checked out to patrons in good standing, in an automated process, using Courtesy Notices. Two days before the item is due, the patron will receive an email notice to inform them that their item has been renewed, and will now be due at a later date. The new renewal date is based on the original checkout date. This feature has been received very positively by patrons and librarians alike in neighboring communities. It is a customer service focused improvement.

What if the item has holds?

The item must be eligible for renewal. The same loan rules that would apply to a manual renewal would still apply. The patron’s card cannot be expired or blocked, the item must have fewer holds than available copies and the number of renewals allowed by the lending library cannot be met or exceeded. If an item cannot be renewed, the notice will inform the borrower that the item could not be renewed and the original due date will be shown.

My library has things that don’t renew (such as museum passes and equipment). Will they be renewed?

No. If an item doesn’t renew now, it is not going to be eligible to renew through automatic renewals. The rules that are in place for the number of renewals allowed are still respected. Once the established limit is reached, the renewal will not be allowed.

No. There is a limit to the number of times an item can be renewed. When an item has exhausted renewals allowed based on assigned loan rule, it will no longer be eligible for automatic renewals.

What if a patron has items from different libraries?

Any item that can be renewed will be renewed and a new due date will be assigned regardless of owning library. The notice will include all items that are due 3 days from the date the notice is sent, including items that could not be renewed.

The library counts on the money collected by fines. Will that revenue be lost?

No. People will still have late fees even when items have been renewed for them if items are returned after the due date. There may be a decrease in fines collected if items that were eligible for renewal were renewed before being returned instead of accruing fines from the original due date.

What if a patron doesn’t have email?

Their items will still be renewed, but there will be no way to let them know. Please contact staff and provide an email to receive notices.

A notary is available during some of the hours the library is open. Please call ahead to ensure availability.

Large print books and audiobooks are available for those who find conventional print too small to read easily.

Low-vision equipment is available for magnification of print materials. Inquire at the Reference Desk.

Assistive listening devices are available upon request for events held in the large meeting room.

The copier also has the ability to scan color or black & white to an email account. There is no charge to scan documents.

Sending a fax costs $1 per page.

All materials, excluding “Stories to Go” kits, Library of Things items, and technology items, may be returned in the drive-thru book drop any time. Did you know you can set the drive-thru or checkout desk as your default pickup location?  Find out more